Before Glasses (ungrounded) and After Glasses (some grounding) 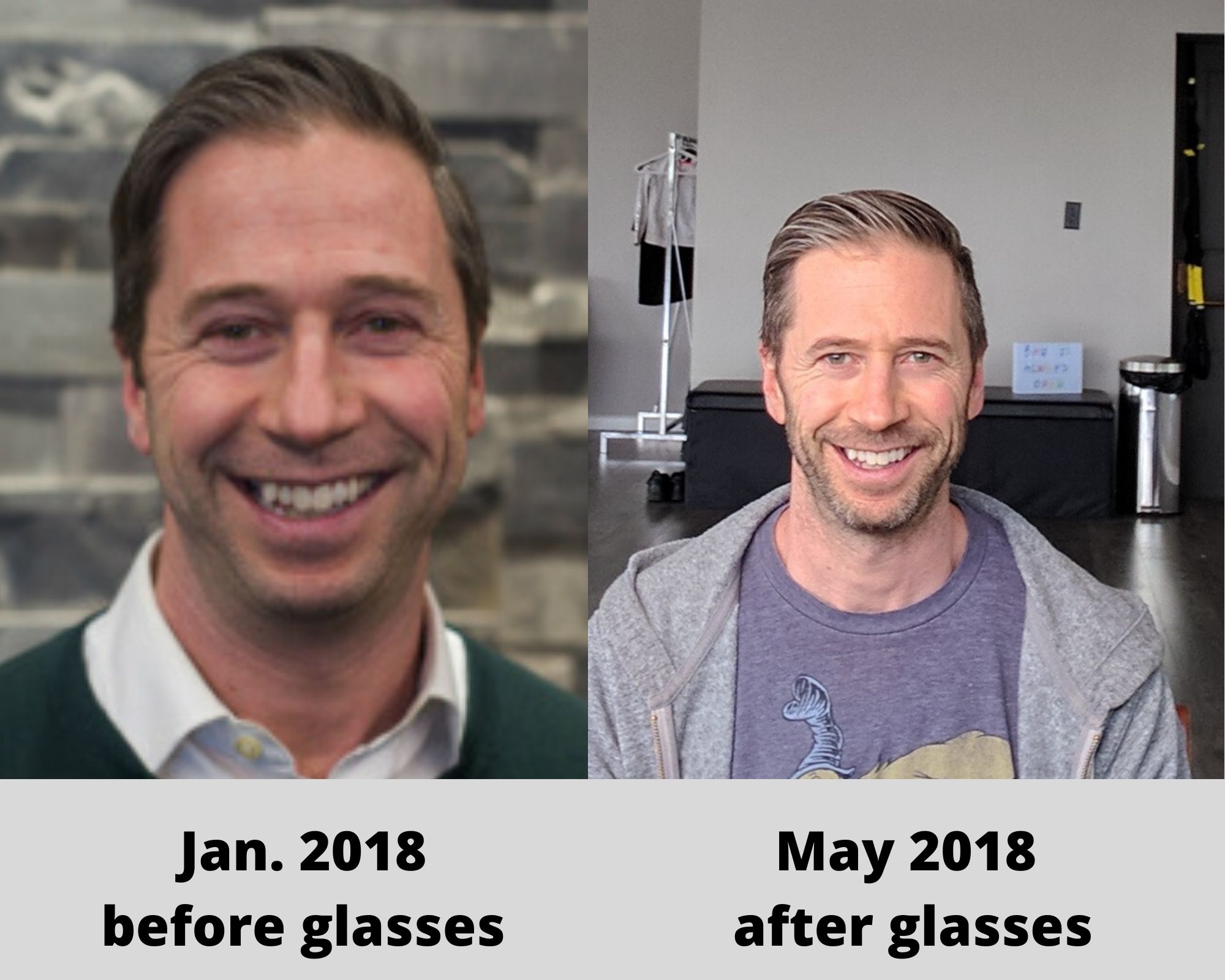 Within 45 minutes of leaving the optometrists office with my first pair of contact lenses, I felt my tempomandibular joints decompressing and strange movements on the side of my head. The next morning I looked in the mirror and the following change had taken place. Pretty dramatic difference.

However, little did I know that although I could seem much easier, I was not using both the left and right eye equally. My right eye was completely dominant, so much so that the founder of Postural Restoration and the Neurological Optometrist I saw last August weren’t convinced I was ever using my left eye until I got my first pair of glasses.

I was told that I should have developed an eye-turn as a child because of the weakness of my left eye.

That didn’t happen, however, so no one realized I couldn’t see normally. And since I was a child, I wasn’t aware that I wasn’t seeing normally. It’s not like my vision got worse, so I had nothing to compare it to. I had no clue I had an issue.

They also told me that someone with my visual system at my age (42) would barely be functional.

They didn’t know me before I found PRI seven years ago.

I was not functional at all!

As the picture below clearly demonstrates. I had no control over my own body. 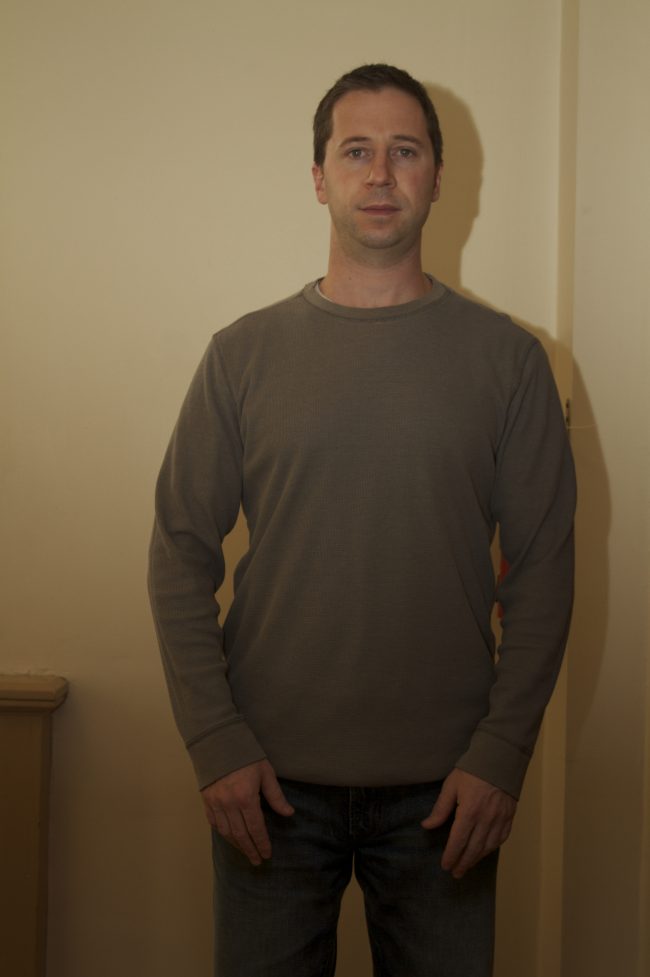 Some "Grounding" and With "Much Better Grounding" 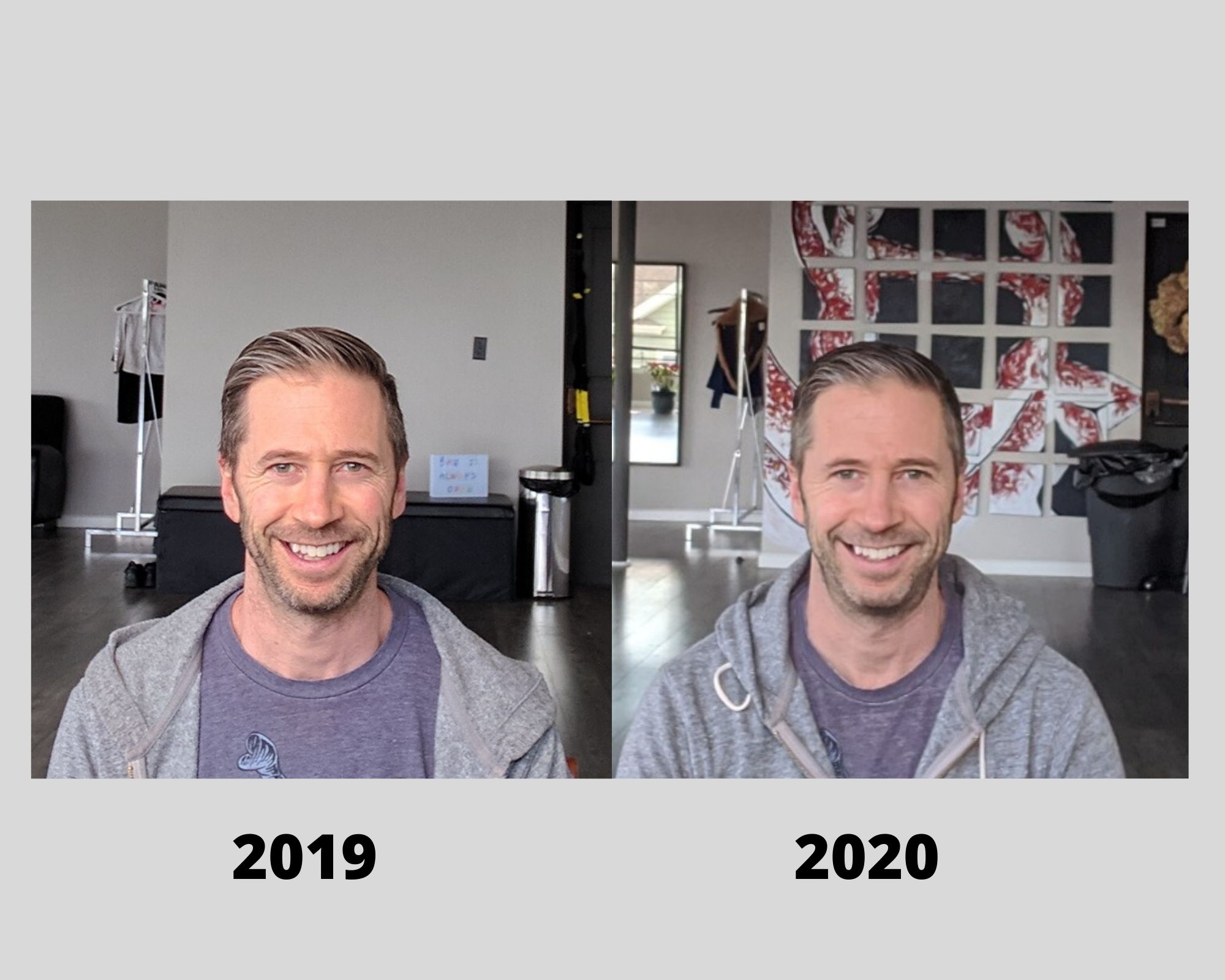 After traveling out to the Postural Restoration Institute in Lincoln, Nebraska to see the vision specialist, I came away with a new prescription that kept my dominant right eye a bit “fuzzy” compared to my left. In this way, my right eye wouldn’t completely take over.

This new prescription allowed me to sense the ground and allowed my feet to pronate. My body started to relax. As I regained the ground I probably never had, my face has re-arranged itself around the midline of my body.

The differences between 2019 and 2020 aren’t quite as dramatic as the first picture, but you can hopefully see that my eyes, cheek bones, and jaw have evened out to a greater degree.

For the past two months I’ve been able to feel my face moving. It feels like someone is pushing on my facial, temporal, and nasal bone. This generally occurs after performing a left leg adduction and internal rotation exercise and/or after filing my orthotics down to make the arch lower.

The glasses, the orthotics, and the exercises have combined to “ground” me. This grounding has balanced out my body.